Binary MLM plan is defined as a compensation plan that has two legs (left leg and right leg) or sub-trees under each distributor. By adding subtrees, a binary tree is formed. New members who join after them are sent downline or to the next business level.

Binary MLM (multi-level marketing ) plan is defined as a compensation plan that has two legs (left leg and right leg) or sub-trees under each distributor. By adding subtrees, a binary tree is formed. New members who join after them are sent downline or to the next business level.

The binary tree consists of 2 sub-trees, one is referred to as Power leg and while the second subtree is called the Weak leg.

How Does Binary MLM Plan Work?

Binary MLM Plan Work: The new members sponsored by distributors are added either on the left leg or right leg. Upon adding two new members on either side of the subtree, a binary tree gets formed. All the new members referred after forming a binary tree get spilled to the downlines.
Note: Distributors become a part of the binary plan by purchasing an enrollment package. The enrollment package here means either a service or a list of products. The distributor buys the package and becomes a part of the binary MLM company.

Before looking into the structure, try to understand the difference between a Sponsor and the Parent of a downline.

Sponsor: The sponsor is the person who introduced the new member to the binary network.

Parent: The distributor is the direct upline of the new member introduced to the binary network.

Structure 1:-The Sponsor & the Parent of downlines are the same :

Structure 2: The Sponsor and the Parent of the downline are different.

Here distributer X sponsors A and Y, where Y is placed under the right position of A and now A sponsors new member B, where B is placed under the left position of A . However, B wasn’t added on the direct right leg because it was already acquired by distributor Y sponsored by X .since there is no vacant position at the left leg of A.
Here the parent of Y is A and the sponsor of Y is X.
here the sponsor and the parent are different for the downline Y. The binary of A is formed from its own effort and the upline’s (X) effort by spilling over member Y.

Structure 4 : Sponsoring only to the left leg of the binary structure.

Type of commission in the Binary MLM Plan

MLM companies create join commissions to encourage their MLM members and attract more new members to join the binary network. this commission amount is credited to the user’s account at the time of joining the network.

The referral commission also referred to as the sponsor commission/leader bonus or the introducer bonus is the benefit gotten by a user for introducing new members to the downline network. The commission is calculated based on the percentage or fixed amount the company has already predefined. The commissioned amount is automatically credited to the user’s account.

Companies create their own custom bonus to motivate their distributors and attract more distributors to join their binary network. this bonus amount is automatically credited to the distributer’s account based on their referrals which is defined by the company.

In the royalty bonus, when a certain set target is achieved by distributors, then all the eligible members receive a certain percentage of the amount as a bonus as per the company’s rule.

Binary Capping Based on Commission

What are the Benefits of the Binary MLM Plan? | Binary Multi-Level Marketing Plan for Software 6th Dec 2022

What is PinCode Based Products Opencart? & How it Works? | Local Delivery System Plugin 24th Jul 2022 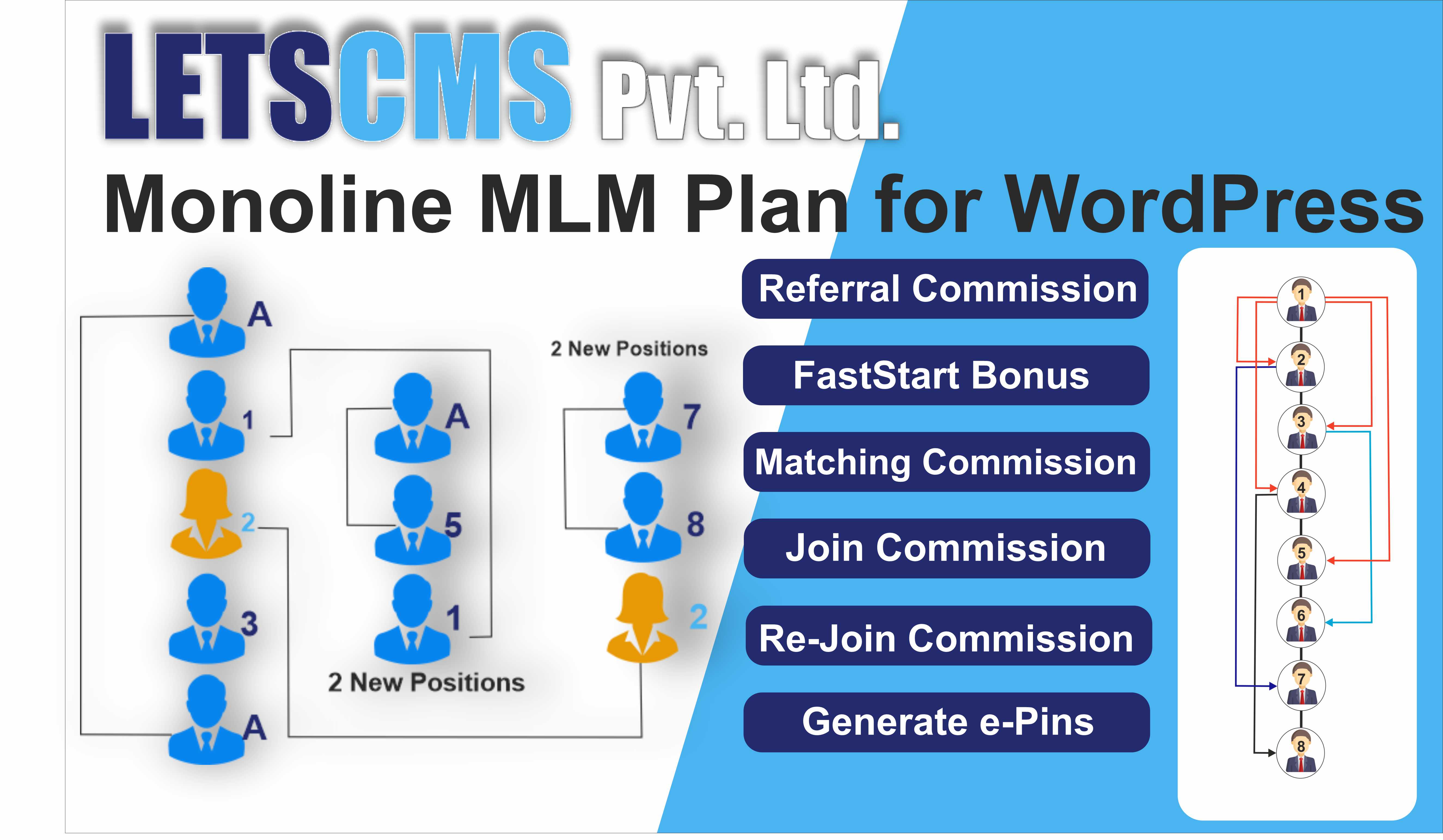 What is PINCODE / ZIPCODE? How it's Work? & Pincode Checker to Your WordPress 23rd Jun 2022

How does a Multi-Vendor Marketplace Model Work? 10th Jan 2022

What is hybrid mlm plan? How does Hybrid MLM Plan Work? 6th Dec 2021